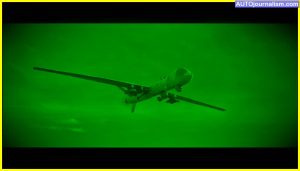 A combat drone, commonly referred to as a drone or battlefield, is an unmanned combat aerial vehicle. Unmanned aerial vehicles (UAVs) are unmanned aircraft that are used for intelligent surveillance, target acquisition, and reconnaissance, as well as carrying aircraft weaponry such as missiles, ATGMs, and bombs in hardpoint for drone attacks. Unlike unmanned surveillance and reconnaissance drones, these drones are normally under real-time human control with different levels of autonomy. vehicles in the air UCAVs are utilized for both drone strikes and combat intelligence. Our website has chosen Top 10 biggest Military Drones in the world and we will rank them according to their sites.

The TAI AKSUNGUR, a Turkish aerospace industry-built unmanned aerial vehicle that uses existing technology from the TAI AKSUNGUR series of drones, is the manufacturer’s largest drone with payload capacity for mission-specific equipment. Its main role is ground attack closed air support and intelligent surveillance reconnaissance. TAI AKSUNGUR is a 12-meter long aircraft with a wingspan of 24 meters and a weight of 1800 kilograms. It has a range of 6500 kilometers and can travel at a top speed of 250 kilometers per hour.

Terranes, also known as the raptor, is a British demonstrator program vehicle technology that is still in development. Taranis is designed to fly intercontinental missions and will carry a variety of weapons that will allow it to attack both aerial and ground targets. Its main role is similar to that of Oxanger.

The length and wingspan of this aircraft are around 12.43 meters and 10 meters, respectively. The empty weight of this aircraft is unknown, however, the maximum takeoff weight is thought to be around 8 thousand kilos.

The BAYRAKTAR AKINCI, commonly known as the raider, is a high-altitude, long-endurance drone manufactured by the Turkish technological business baker. The project is currently in mass production, with performance specifications including a service ceiling of up to 40 000 feet and a 24-hour endurance.

The GENERAL ATOMICS AVENGER, formerly the predator c, is a developmental vehicle built by the US military. The avenger is fully capable of tackling both combat and reconnaissance-oriented missions, limited only by mission roll and payload carried. Unlike the previous predator and reaper drones, the Avenger is powered by a turbofan engine and can fly at speeds of up to 200 miles per hour.

Internal weapon storage and an s-shaped exhaust for reduced infrared and radar signatures are included in its design. It has a wingspan of 20 meters and a length of up to 13 meters.

The Sukhoi S-70, also known as the cottony bee or hunter b, is a Russian stealth heavy unmanned combat aerial vehicle that is being developed by Sukhoi and the Russian aircraft corporation as a sixth-generation aircraft project.

With a length of 14 meters and a wingspan of 20 meters, the drone is based on the older Mikoyan scat built by MIG and incorporates some technologies from the fifth-generation Sukhoi Su-57 fighter plane.

The IAI EITAN is a medium altitude long endurance unmanned reconnaissance aircraft designed in Israel. It can operate at altitudes above commercial aviation traffic and is equipped with all-weather capability, de-icing systems, autonomous takeoff and landing systems, and triple-redundant avionics.

The aircraft is a newer version of the IAI EITAN, with the same length as a conic bee and only the wingspan and maximum take-off weight being different. It has a range of 7 400 kilometers and a cruising speed of up to 407 kilometers per hour.

The SOAR DRAGON is the military designation for the SOAR DRAGON. The People’s Republic of China is developing the wz7, an unmanned aerial vehicle of the high altitude long endurance kind with a distinctive joint tandem wing layout, for reconnaissance and probable anti-shipping missions, as of 2011.

The SOAR DRAGON chamber will first be used as an unmanned drone before being upgraded to an armed version. This drone has a total length of 14.33 meters and a wingspan of 24.86 meters. With a range of 7,000 kilometers and a cruise speed of 750 kilometers per hour, this vehicle is ideal for long trips.

The hammerhead, a full-sized medium-altitude long-endurance unmanned aircraft system created by Piaggio period industries, is the third-largest drone. This is based on the stunningly beautiful Piaggio Avante business jet. The hammerhead is primarily intended for intelligence observation and reconnaissance.

It can also carry out a variety of different missions using a variety of payloads. With a wingspan of 14 meters, the overall length can reach 14.41 meters. It only has a range of 3,000 kilometers.

The Northrop Grumman rq4 global hawk is a high-altitude remotely piloted surveillance aircraft that performs functions similar to the Lockheed u2. The US Air Force has chosen the rq4 to conduct hypersonic weapons tests. The Northrop Grumman global hawk drone has a 36-hour in-flight endurance duration and has roughly 50 units in production.

It has a length of 14.5 meters and a wingspan of 39.9 meters, and it can scan up to 40,000 square miles of terrain a day, an area the size of South Korea and Iceland. The global hawk has the maximum operational range of any military drone, up to 22,780 kilometers.

The front, which resembles a pilot’s canopy, houses an upward-facing satellite communication system. The Mantis prototype’s overall length is 65 feet, and the airframe weighs 1000 kilograms empty, with a potential take-off weight of 9000 kilograms. The maximum speed is 560 kilometers per hour, with a cruising speed of 370 kilometers per hour. ( BBC )

Top 10 popular discontinued cars in the world – This Year