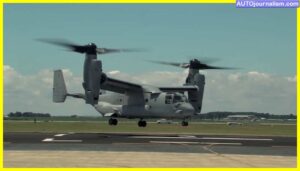 American naval facilities are well-equipped, with warships, submarines, and aircraft for a variety of reasons. Today, we’ve compiled a list for you to see which naval base in the US is the largest.Top 10 Biggest Naval Bases in the USA

The Naval Air Station PATUXENT RIVER is located on a peninsula between the Chesapeake Bay and the Parazen River, occupying 6 400 acres of land and housing 24 700 people, making it the tenth-largest naval base in the United States. It was founded in April 1943 with the primary goal of providing operational support and services for aircraft, ships, and shore-based electronics.

The site, which is overseen by the Naval District Washington, records over 165 000 aircraft movements each year and is home to more than 50 tenant commands. It also houses the naval air systems command and the naval air warfare center aircraft division headquarters.

Coronado Naval Base is the largest command in the Southwest, with 27,000 military and civilian employees stationed there. The complex, which includes airfields, ports, and training ranges, covers more than 50 thousand acres.

The base is home to 16 helicopter squadrons and supports the US Pacific Fleet. two squadrons with fixed wings there are two aircraft carriers Navy expeditionary combat command squadrons and four seal teams

The naval air station joint reserve base fort worth is home to 27 098 people, including active-duty military, reserves, government, and civilian employees.

Mayport Naval Station has a population of 34,315 people and is located on 3409 acres on the Saint Johns River, roughly 24 kilometers east of Jacksonville. A busy harbor and an airstrip are located at Mayport. During the Cuban Missile Crisis, the naval facility was initially commissioned in December 1942 and acted as a strategic asset.

The facility shelters up to 34 ships and is home to 70 tenant units, 20 naval vessels, and six helicopter squadrons. The naval station’s runway can handle any type of aircraft in the department of defense’s inventory.

The Naval Air Station Corpus Christi, located on the southeast side of Corpus Christi, Texas, has a total population of 43 287 people, including active-duty troops, retirees, and family members. By the end of World War II, Corpus Christi had taught 35 000 navy aviators and was the sole institution in the US providing primary basic and advanced training. It now trains about 600 aviators each year.

The naval air station is home to Training Air Wing 4 and the Corpus Christi Army Depot, both of which serve the US Department of Defense’s rotary-wing aircraft. The site also has facilities for aviation training and other purposes.

On the Kitsap Peninsula, Naval Base Kitsap is home to almost 40,000 active duty and support people, comprising 12,000 825 active duty members, 14,711 civilian employees, and 18,700 family members. In 2004, the former naval station Bremerton and a naval submarine-based banger were combined to establish the base, which now supports the US Navy fleet operations in west Puget Sound.

SAN DIEGO, California, is the Pacific Fleet’s principal homeport, with 48,000 military and civilian employees, making it the country’s fourth-largest naval facility. Between 1943 and 1945, the US Navy created a destroyer facility in San Diego, which was designated Repair Base San Diego during World War II. Between 1943 and 1945, the base overhauled, repaired, and maintained more than 5117 ships.

During the Korean War, the base was expanded significantly, and it now covers over 2 000 acres. Naval base san Diego is home to approximately 180 individual commands and 57 ships from the US Navy’s coast guard and military sealift command, as well as the US Navy’s modern surface combatants’ literal combat ships.

3. JACKSONVILLE ( Naval Bases in the US )

Station of Naval Aviation Jacksonville is the largest naval facility in the southeast and the third-largest in the United States. It was awarded the Commander Navy Installations Command Excellence Award in 2013 for the best military installation in the United States. At this time, there are no polls available. Jacksonville was founded in 1940 in Duval County, near the St. Johns River, in northeast Florida.

The United States Navy established the naval station at Pearl Harbor in 1908, and it played a pivotal role in World War II, occupying 27 694 acres of land and providing mooring, shoreside support, and maintenance to the service fleet and submarines.

Pearl Harbor is home to more than 160 commands, 11 ships, 19 submarines, and aircraft such as the c-17 Globemaster 3, kc-135 Stratotanker, and f-22 Raptor, in addition to supporting air operations in the Pacific and Asian regions.

The world’s largest naval facility, Naval Station Norfolk, is located in southern Virginia on the Sewells Point Peninsula of Norfolk City. It was founded in 1917 and comprises over 3400 acres.

During World War II, the facility supplied training for the US and allied naval air units, and it now supports 149 000 persons, including active duty family members and dependents, reservists, DOD civilians, and joint forces.

The naval station Norfolk ensures the operational readiness of the US Atlantic fleet by providing facilities and installation services for the US Navy’s biggest concentration of ships and planes, consisting of 75 ships and 134 planes.

thanks for reading ( BBC )

Top 10 Fastest Aircraft in the World