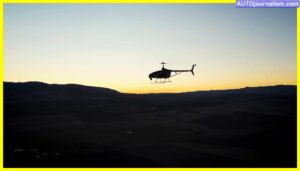 Airplanes, helicopters, and drones are all part of the air force of many countries throughout the world. However, certain workhorses shine so brightly that they have remained in the ranks for decades, flawlessly completing combat missions.

However, technology does not stand still, and certain technologies become obsolete, necessitating the development of more new solutions. Today, we will present you with the top ten most astonishing military aviation advances, Top 10 Military Aviation – Drones

The aerial platform has a primary real-time video or data link that suits the communication frequency, making local needs easier to meet. The tarsus 25 has a cruise speed of 60 miles per hour (100 kilometres per hour) and can fly in bad weather. It has a range of 93 miles (150 kilometres) and can reach a maximum altitude of 13 123 feet (4000 metres) above sea level.

In February 2016, the 12th GPS iif satellite was launched aboard the United Launch Alliance Atlas V launch vehicle, It was also the launch of the 50th gps satellite handed to the US Air Force by Boeing. The space phase of the GPS programme consists of 24 operational satellites and 6 circular orbits at an altitude of 12 550 miles (20 200 kilometres).

Textron Systems created and built the AEROSONDE HQ, a small vertical takeoff and landing unmanned aircraft system. The unmanned aerial vehicle (UAV) is capable of undertaking expeditionary land and sea missions in some of the world’s harshest situations, including desert heat and polar cold.

The drone can also transmit full-motion video communications relay and signals intelligence in real-time during the day and night, all while carrying a customer-selected payload in a single flight. The drone has a maximum wingspan of 3.7 meters and weighs 105 pounds (47.6 kilos).

The hydra 70 rocket system is a family of 2.75-inch unguided air-to-surface rockets derived from the Mark IV Mark 40 folding fin aerial rocket developed in the 1940s. It’s the most widely employed helicopter-launched weapon system in the world. The hydra 70, however, lacks precision when compared to other guided missile systems like the Hellfire. 2. On the other side, the hydra 70 is less expensive.

The US army had planned to restrict the manufacture of the systems at first but changed its mind due to their cost-effectiveness. The 19 tube rocket launchers fire hydra 70 rockets. In June 2018, General Dynamics was given a 149.2 million contract modification for hydro 70 rocket motors and supporting components. The rocket system can shoot at a maximum range of 11 500 yards (10 500 meters) at a speed of 2425 feet per second (739 meters per second).

UH-72A (United Helicopter) The uh-72a is a light utility helicopter based on the ec-145 multi-role helicopter that serves the army primarily for logistical and support duties within the United States. The army national guard also uses it for homeland security, disaster response, and medical evacuations.

The uh-72a Lakota light utility helicopter’s modular architecture enables quick and easy installation of a variety of mission modules. Two crew members can sit in the cockpit, which is equipped with two bae systems simula energy-absorbing cockpit chairs. In March 2020, the US Army placed a million-dollar purchase for 15 uh 72a Lakota training and support platforms, with delivery expected in August 2022.

Seadicopter, an Israeli maker of innovative unmanned robotic helicopters, produced the black eagle, a rotating unmanned aerial vehicle. The black eagle is a member of the eagle family.

The criteria for the tx program were issued by the US Air Force in March 2015, followed by a preliminary request for proposals in July. The US Air Force intends to replace the 431 t-38s with a new tx fleet, with the first operational capability in 2024.

RAYBIRD-3 is a long-range unmanned aerial system developed and built by Skyton, a Ukrainian manufacturer of aeronautical equipment. The UAS can perform a variety of tasks, including real-time overhead video surveillance photography and other tasks. It can also be utilized to help with tactical operations. The drone can operate in a variety of weather conditions, with temperatures ranging from minus 20 to plus 45 degrees Celsius.

ALPIN is a long-range unmanned helicopter being developed by uavos and titra, a Turkish engineering company. The unmanned aerial vehicle is capable of carrying freight to hard-to-reach places without airfields and is meant to support both civilian and security tasks. The alpine unmanned helicopter is based on the Italian manned heliport ch7 chopper. The ALPIN is 7 meters long, 1.5 meters wide, 2.35 meters tall, and has a 6.28-meter rotor diameter.