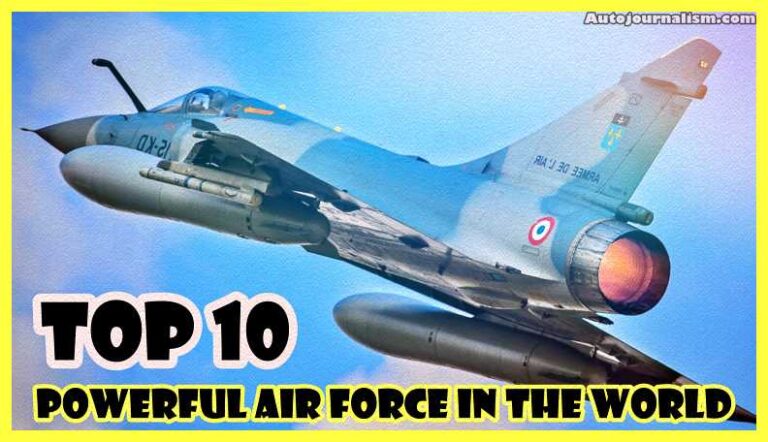 Here is the list of Top 10 Powerful air Force in the World, ⭐⭐⭐⭐⭐ Air forces are in charge of gaining control of the air, carrying out strategic and tactical bombing missions, and providing support to land and naval forces, Aerial reconnaissance, and close air support are frequently used. It is a challenging and difficult Endeavour to qualify as one of the top ten most powerful air forces in the world. but based on well-trained, well-equipped air forces, the number of combat aircraft, the quality of their aircraft, and many more.

List of Top 10 Powerful air Force in the World

The Republic of Korea Air Force ( ROK ) is the South Korean Ministry of National Defense’s aerial warfare force department. It was created on October 1, 1949, and in March of this year, South Korea got the first of 40 F-35 fighter fighters as part of its largest arms acquisition ever.

They have 88 Sukhoi Su-35 fighter jets in active service, which is one of the best fighter jets on the market. The Russian Air Force also has a large number of

and many more. Currently, the Russian Air Force has around 650 combat jets and around 148 thousand active Air Force members.