Electric cars or internal combustion engine cars: Which is better? Electric cars were in their heyday back in 1900. But a sudden rise in petrol engine cars, accompanied by battery technology inefficiencies killed electric cars by 1920.
However, with recent improvements in battery technology and power electronics, electric cars have made a strong comeback. We will compare these totally different technologies scientifically, and come to understand which is superior. An IC engine is the prime mover in petrol cars. The fuel supplied to the engine produces combustion and enough pressure and temperature energy to move the pistons. The linear motion of the piston is transferred to rotary motion using a slider-crank mechanism. Transmission is used to transfer this rotation to the drive wheels.
In an electric car, the power source is from a battery pack. An inverter converts the DC battery power into three-phase AC. The three-phase AC can turn an induction motor, which will thus turn the drive wheel. Now, let us directly compare these technologies:
In an IC engine, the force and power production is never uniform.
The reciprocating components cause substantial mechanical balancing issues. In addition, the engine is not self-started. Many accessories are needed to sort out these issues,
which makes an IC engine quite heavy. Such issues are not there
in an electric motor. The induction motors work with the help of a rotating magnetic field,
generated by the stator. You can easily control motor speed by adjusting the frequency of the AC power input. They produce uniform power and speed output and are self-started.
For these reasons, an induction motor is much lighter than an IC engine, and, at the same time, produces much greater power and torque output. It is interesting to note that both the IC engine and induction motor require cooling. Both the prime movers must reject the waste heat generated in order to keep the temperature within a certain limit.
However, it is worth noting that the waste heat generated
by an induction motor is much lower than that of an IC engine.
The main advantage of an IC engine car is the ease with which it can be refueled.
A petrol car can be refuelled in 5 minutes or less.
However, recharging electric cars can take at least 1 hour as of this present moment.
Another major advantage of petrol cars over electric cars pertains to their high energy density.
The energy density of the current lithium-ion battery is nowhere near to that of gasoline.
Both of these cars produce comparable travel ranges. You can just compare the size and weight of their energy storage devices. The poor energy density of
the battery produces a huge weight penalty for the electric car. The huge weight of the car reduces the coefficient of friction between the tire and road considerably making cornering difficult The battery pack also has huge heat generation issues:
If you tear down the battery pack of an electric car, you will see that the battery pack is a collection of common lithium-ion cells that you might use in your daily life. Continuous liquid cooling is required to keep battery temperatures at normal levels.
The removed heat is rejected to the atmosphere via a radiator. A petrol car’s energy storage part does not require any such cooling mechanism. The battery pack of electric cars does have advantages as well. Because the heavy battery pack is sitting very low to the ground, it lowers the center of gravity and increases car stability.
Thus, overall safety is increased. The large battery pack is also spread across the floor,
offering structural rigidity against side collisions. Another primary difference visible from these visuals is that in an IC engine car, a complex exhaust gas treatment is needed to keep pollutants and noise at statutory levels. Now, let’s compare the power dynamics of these two technologies: Electric cars are the clear winner here. IC engines cannot be operated beyond a certain speed range. This necessitates the use of a complex and costly transmission mechanism for speed control.

The motor can work efficiently in a wide speed range.
So, in an electric car speed can be controlled directly from the motor.
As a result, a speed varying transmission is not required for an electric car.
Induction motor speed is accurately controlled by the inverter, simply by adjusting the output power frequency. In fact, improvements made in the last decade to the software behind inverter power electronics played a key role in the revival of electric cars.
The electric car can produce great torque even at the start, whereas an IC engine car
will struggle at low RPM. A DC motor is thus needed to take the engine
to the optimum RPM range at the start. Moreover, the torque and power of an electric motor can be controlled instantaneously while the IC engines have a low response.
This, in effect, leads to far superior traction controls in electric cars. Electric cars have inherent advantages when it comes to regenerative braking.
The same induction motor acts as a generator here. In a petrol car, in order to achieve regenerative braking,
you must install a separate BLDC motor and a battery pack. Before concluding the video, let’s solve the big question: Which car is more economical?
An electric car is much costlier than an average petrol car. However, to get the full picture, you must also compare the cost required to travel a mile.
The calculation based on current US gasoline and electricity prices shows that electric cars are at least one-third cheaper compared to petrol cars. Moreover, the maintenance cost of electric cars is also low when compared to IC engine cars. As you might already be aware, electric cars are much safer than internal combustion cars. With technological advancements in internal combustion engines almost saturated and rapid development of electric cars taking place. One can clearly see how electric cars have an edge over IC engine cars as the cars of the future. To learn more about this interesting topic,
please follow us.

What is CNG? Is CNG Cars Good For Our Environment? 2020 QnA
https://autojournalism.com/what-is-cng-is-cng-cars-good-for-our-environment-2020-qna/

What is the NCAP Crash Test? Top 10 Car List in India with Rating.
https://autojournalism.com/what-is-ncap-crash-test-top-10-car-list-in-india-with-rating/

How does ABS Work in Cars and Bikes? – Deep Details.
https://autojournalism.com/how-does-abs-work-deep-details/

How Does an Electric Vehicle Work? Tesla Motors
https://autojournalism.com/how-does-an-electric-vehice-work-tesla-motors/ 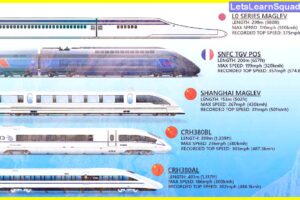 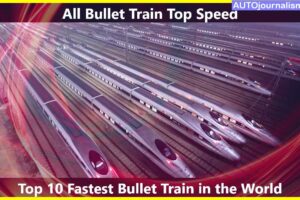 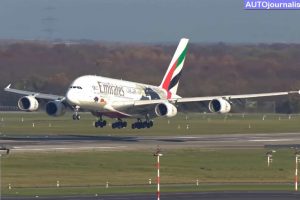 How Does Brakes Works? Understanding your motorcycle’s brake?
How Does diesel engine work? QnA
Comment