The Bajaj Pulsar NS 200 is for those who want an affordable performance naked motorcycle. Although the bike doesn’t have many features but it gets all the basic features that a bike needs. The bike gets single-channel ABS, dual disc, semi-digital instrument cluster, fuel injection, liquid cooling, etc.

The Bajaj Pulsar NS 200 is powered by a 199.5 cc 4-stroke, single-cylinder, liquid-cooled, fuel-injected, BS6 motor which produces around 24.5 bhp of power and 18.5 Nm of torque. The motor is mated to 6-speed manual gearbox and has so much power at the top end. But there is not so powerful in the initial rev band. All that 18.5 Nm torque is available for you at later 8,000 rpm which makes it a good highway tourer rather than a good city bike.

If you want a best sounding motorcycle and so many features under 1.5 lakhs, you won’t get a better option than the TVS Apache RTR 200 4V. The exhaust of this bike has a base that makes your ride better. The BS6 model of the bike has got a proper facelift thus the styling of the bike has been updated along with the features.

The bike gets features like SMART XONNECT TECHNOLOGY which displays so much information on the screen. The bike can be connected with your smartphone via Bluetooth for some added features. This is the only bike in this price range to get dual-channel ABS which makes it a safer bike.

The TVS Apache RTR 200 4V is powered by a 197.75 cc four-stroke, single-cylinder, oil-cooled, fuel-injected, BS6 motor which produces 20.21 bhp of power and 16.8 Nm of torque. The engine is mated 5-speed gearbox. But you won’t miss the 6th gear as all that power and torque comes at top end which you need for highway tours. But obviously, it is not as powerful as the Bajaj Pulsar NS 200.

The Bajaj Pulsar 200 F is a legend which never dies. Initially, the bike was introduced with a fuel injection system that’s why the letter ‘F’ came in. This was the main feature of the bike along with the performance it had on offer. Back in the days, it was introduced to compete with the Hero Karizma which was able to do 140 kmph of top speed. But later they discontinued the fuel-injected model and launched the carburetor model in which ‘F’ stood for Fairing. But now in 2020 the bike again gets fuel injection.

The Bajaj Pulsar 220 F is powered by a 220 cc our stroke, single-cylinder, oil-cooled, fuel-injected, BS6 motor which produces 2011 bhp of power and 18.55 Nm of torque. The engine is mated to 5-speed manual gearbox.

Everyone knows about the capabilities and performance of this baby R1. The Yamaha R15 has been a favorite ride among youngsters from the time it got launched. The bike got instant hit in Indian market because of its looks and the performance on offer. And now in 2020, the bike is in its 3rd generation and BS6 avatar.

Adventure for masses! Yes, this is the way we can explain this motorcycle. This is an ultimate off-road machine one could buy under 1.5 lakhs. The bike doesn’t have top-end performance and you might miss the top end performance at highways. But this is not for them. This is a perfect choice who want a “go anywhere” kind of bike in settled and calm speed at most comfort.

The Hero Xpulse 200 is powered by a 199.6 cc four-stroke, single-cylinder, oil-cooled, fuel-injected, BS6 motor which produces 17.8 bhp of power and 16.45 Nm of torque. The motor is mated to 5-speed manual gearbox.

There is no wonder that TVS makes best sounding exhaust in single cylinder category. So, this continues with the TVS Apache RTR 160 4V too. The bike has a base in its exhaust note just like its elder sibling, the TVS Apache RTR 200 4V. The TVS Apache RTR 160 4V is powered by a 159.7 cc 4-stroke, single-cylinder, oil-cooled, fuel-injected, BS6 motor which produces 15.6 bhp of power and 14.12 Nm of torque. And this engine is mated to 5-speed manual gearbox. 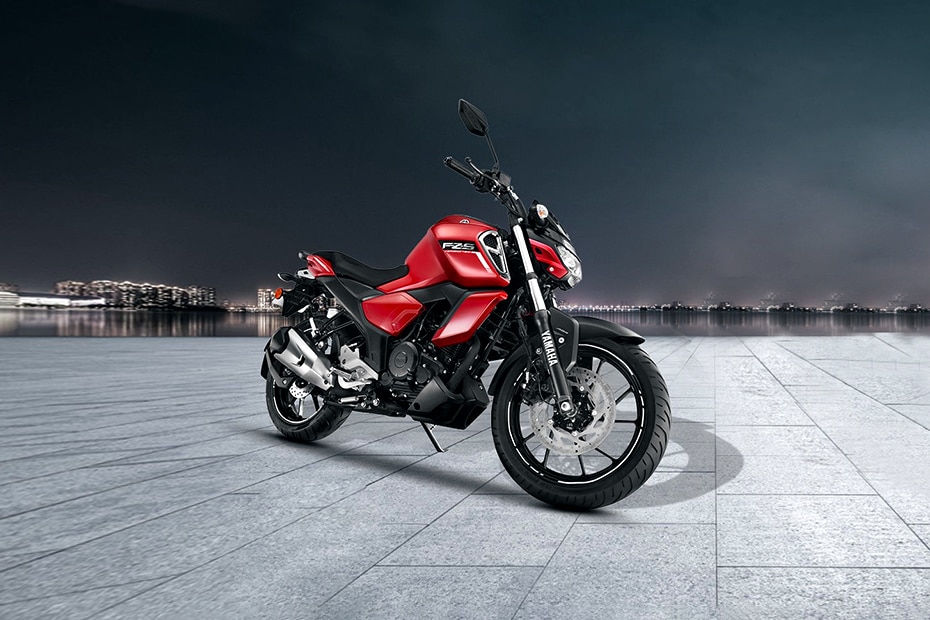 If you want the most economic bike in 150 cc category, then this is the bike for you. The bike has excellent mileage figures along with decent power. The Yamaha FZ is losing its power every time its gets an update. But this results in more engine refinement and more mileage and this is what you want from an 150 cc commuter motorcycle.

The younger sibling of the legendary Bajaj Pulsar 220 F might not have the best power on offer. But the looks of this bike resembles 220 F. The Bajaj Pulsar 180 F is powered by a 178.6 cc 4-stroke, single-cylinder, air-cooled, fuel-injected, BS6 motor which produces 16.6 bhp of power and 14.52 Nm of torque. The bike has the best mid-range power and this is the sweet point of the bike.

Company is increasing the price of this bike but still its selling like a hot cake. This is all because of its sweet and refined engine, looks and the brand value that Suzuki has. There are not so much features to talk about. It gets all the basic features that are it.

In terms of reliability, no other brand can beat Honda. So it continues with the all-new Honda Hornet 2.0 also. Unlike the older Hornet, it gets 184.4 cc four-stroke, single-cylinder, air-cooled, fuel-injected, BS6 motor which produces 17.03 bhp of power and 16.1 Nm of torque, while the gearbox is mated to a 5-speed manual.