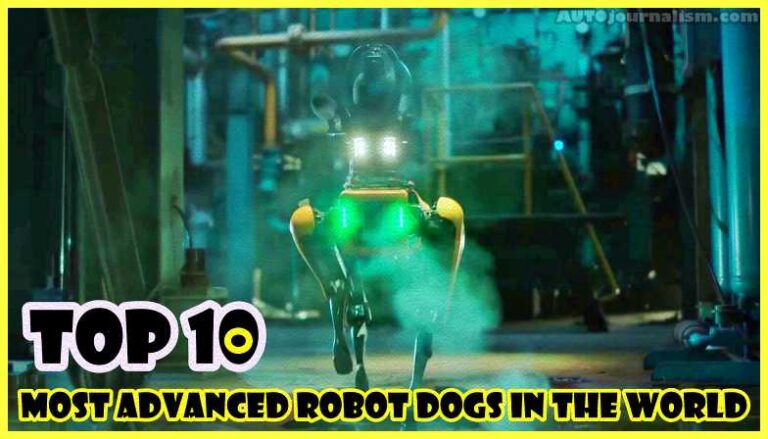 It is a new high mobility robot built by Xiaomi in China to heed its owner’s commands and move with great precision in difficult surroundings. It is equipped with a perception system, tactile and ultrasonic sensors, and a perception system. microphones, cameras, and a global positioning system

It is a versatile and quick robot built for industrial use and to allow different professional sectors to develop their own applications. It is made in China by the Weyland firm.

It’s a powerful robot made in China by the Unit Tree Company. It’s meant as a research platform with a variety of applications. It is capable of moving over uneven terrain, climbing hills, and remaining stable in adverse situations.

It has a maximum weight capacity of 20 pounds and can climb 20-degree slopes. It has a range of three hours and measures 21 inches in length and weighs 48 pounds. It is fitted with cameras and sensors that allow it to function independently. It can achieve a speed of three miles per hour.

It is a little and fast robot made in China by the unit tree company. It is designed to follow its owner and remain by his side at all times. Its artificial intelligence system allows it to understand and adapt to its surroundings.

It has cameras and sensors, which it utilizes to avoid obstructions. It has a length of 22 inches and a weight of 26 pounds. Its heavy-duty design lets you jump from tremendous heights, and it can achieve speeds of up to 10 miles per hour and carry loads of up to 11 pounds.

It is a quick and nimble robot created by a deep robotics firm in China. It is designed to operate autonomously in a variety of environments.

It’s a tough, high-performance robot made in Italy by the dynamic-legged systems lab. It’s designed to adapt to a wide range of tasks and can be employed in emergency agriculture decommissioning or industrial inspection.

It’s built to handle difficult terrain and comes with an aluminum roll cage and kevlar fiberglass and plastic coating. During a test at an Italian airport, he was able to pull a 7,200-pound plane over 35 feet.

It is a versatile and durable robot built for use in industrial applications and capable of operating in adverse weather conditions. It can climb 30-degree slopes and carry a maximum load of 110 pounds, and it was manufactured in China by the deep robotics firm.

It is 39 inches long and weighs 110 pounds, with a top speed of 7 miles per hour and a range of 4 hours. It is equipped with a depth detection camera, laser radar, and artificial intelligence module, and can move over different types of terrain with vegetation, stones, water, or obstacles, and can recharge itself.

It is a dependable, highly mobile robot developed to undertake industrial inspections in complicated situations and built-in Switzerland by the antibiotics business. It measures 31 inches in length and weighs 110 pounds.

It can climb 30-degree slopes and carry a load of more than 30 pounds. It has a range of 100 minutes and moves at a speed of 2 miles per hour. It is equipped with high-quality cameras. Multiple sensors, thermal cameras, led lamps, and microphones It can recharge itself, withstand wind, rain, and dust, and can even be immersed for one hour in water up to 40 inches deep.

It is a flexible and resistant military robot developed by the ghost robotics firm in the United States. It is designed to be used in a variety of jobs such as reconnaissance and patrol, and it can be used to investigate dangerous places without putting military dogs in danger.

It is 33 inches long and weighs 70 pounds. It can reach a top speed of 4 miles per hour and has a range of 3.5 hours. It can carry a maximum weight of 30 pounds and is now in use by the US military.

It is a high-performance robot created by the Boston Dynamics firm in the United States. It is designed to perform a variety of industrial tasks such as patrolling or inspecting facilities. It’s 43 inches long and weighs 70 pounds, with the ability to climb 30-degree slopes and carry a maximum weight of 30 pounds.

It can endure temperatures ranging from negative 20 to 45 degrees Fahrenheit and is dust and rain-resistant. It has a range of 1.5 hours and can reach speeds of more than three miles per hour. It may be equipped with various external devices and conduct duties autonomously.

Top 10 Biggest Bulldozer in the World